Music by the O'Neill Brothers

We would like to offer our sincere support to anyone coping with grief. Enter your email below for our complimentary daily grief messages. Messages run for up to one year and you can stop at any time. Your email will not be used for any other purpose. 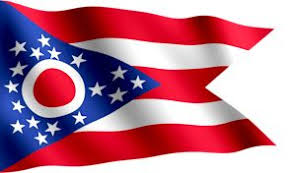 Cooper Snyder, of Ohio Living Cape May, Wilmington, Ohio, died October 13, 2019, at Kettering Medical Center in Dayton, Ohio. Born Harry Cooper Snyder, Jr. on July 10, 1928, in Blanchester, OH, he was the son of Harry C. and Marion Sprague Snyder. He was recently preceded in death by his wife of seventy years, Dorothy Bacot Blakeney Snyder.
After their marriage on July 7, 1949, Cooper and Dorothy settled in Blanchester where they raised their family, hosted their many friends as well as numerous foreign exchange students, and began their lifelong involvement in community affairs. During his retirement, Cooper enjoyed gardening, traveling, sailing, and winning at bridge.
In addition to running the family business, Snyder’s Hardware, Cooper spent his life in the service of others with an emphasis on education. At the local level, he was active in his community and church as a Sunday School teacher, scout master, fifty-nine-year Rotarian and past president, 33° Mason, member of the Great Oaks task force that developed vocational programs for the handicapped, thirteen-year member of the Clinton County Board of Education, state trustee and member of the executive committee of the Ohio School Board Association, state trustee of the Ohio Hardware Association, and more recently a trustee of the University of Rio Grande, board member of the Great Oaks Foundation, and the Hopewell Jobs for Ohio Grads.
His ability to analyze complex problems and provide clear solutions helped him emerge as a strong leader, a skill which led to his appointment and subsequent election to represent the Ohio 14th Senate District serving Adams, Brown, Butler, Clermont, Clinton, Fayette, Highland, Jackson, Pike, Scioto, and Warren counties for seventeen years.
Legislatively, Senator Snyder served as Chairman of the Senate Education and Retirement, the Legislative Office of Education Oversight, and the Ohio Retirement Study Committees. He also served as a member on a wide range of senate committees. He was an ad hoc member of both the Board of Regents and the State Board of Education.
Throughout his Senate tenure, he became well-known for his story-telling, always having an amusing anecdote to introduce sometimes complicated issues. Most anyone who knew him can cite a “Cooper Snyder Story” just at the mention of his name. He will be remembered for his humor, coupled with his and Dorothy’s unending compassion for others, offering assistance wherever needed.
Cooper’s tireless efforts on behalf of his constituents were frequently rewarded. Senator Snyder consistently received the “Watch Dog of the Treasury” award and has been recognized for outstanding legislative service by Citizens United for Responsible Education (CURE), Ohio Retired Teachers Association, Ohio Association of Civil Trial Attorneys (for Tort reform), “Outstanding Contributor to Education” from Ohio Confederation of Teacher Education Organizations, “Leadership Award” from Ohio Coalition for the Education of Handicapped Children, “Distinguished Service Award” from Ohio Retired Teachers Association, “Distinguished Governmental Service Award” from the Ohio Council of Private Colleges/Schools. He is the only state legislator to twice be awarded “Guardian of Small Business” from the NFIB, the “Bobcat Award” from the Businesses of Border Counties Against Taxes, the “Founding Father Award” from the national network of “Jobs for American Grads” in recognition for his service to at-risk youth. He was the recipient of many national awards due to his leadership in the education reform movement. He was the only two-time recipient of the American Legislative Exchange Council’s “Outstanding State Legislator Award.”
For all of his professional accomplishments, Cooper was, first and foremost, a family man. Throughout his life, he demonstrated unwavering love and support for his wife, children, grandchildren, great-grandchildren, parents, and in-laws. He dedicated his life to ensure each and every family member was happy, healthy, safe, and loved. They were his greatest pride and joy.
Cooper embraced his friends, colleagues, and acquaintances with the same commitment, compassion, and respect. He had the ability to make every person he met feel incredibly special, taking time to appreciate not only their strengths and talents, but to recognize their positive impact on his own life. He was steadfast and true.
He is survived by sons, Phillip (Melissa) Snyder of Melbourne Beach, FL, Harry Cooper III (Janet) Snyder of Batavia, daughters Marianne (Frank) Macke of Columbus, Emily (Kevin) Steer of Burgin, KY, and Elizabeth (David) Porter of Dayton, fourteen grandchildren (seven with spouses) and twelve great-grandchildren. In addition to his parents and wife, he was preceded in death by a four-year old daughter, Victoria Royal.
A private family memorial will be held in December.
The Fisher-Edgington Funeral Home, Wilmington, is serving the family.
Memorial contributions may be made to favorite charities and/or Grace United Methodist Church of Blanchester, OH, Great Oaks Foundation, or Blanchester Schools Foundation.
Online condolences may be left at www.edgingtonfuneralhomes.com

A service summary is not available
Share a memory
© 2020 Edgington Funeral Homes. All Rights Reserved. Funeral Home website by CFS